1. The controversy: Before it even aired, the show garnered mixed responses from the American public. One Million Moms, a website run by a Christian fundamentalist group, called for the cancellation of Lucifer on the grounds of the supposed glorification of Satan as caring and likeable. Ever since the first episode aired in January 2016, it has become apparent that One Million Moms might have been on to something: FOX’s Lucifer is certainly charming, handsome, and more than likeable with his British accent, abrasive humor and fallible humanity.

2. Female characters: Lucifer certainly cannot be accused of using its female characters as mere props or love interests. While there is no shortage of party girls or strippers in Lucifer’s near vicinity, and the devil often uses his charm for slightly inappropriate seduction, the show is teeming with carefully built female characters. Chloe Decker, the homicide detective with whom Lucifer cooperates, is a successful police officer, a mother and a former actress who deals with her estranged mother, the death of her father, her impending divorce, and her six-year-old daughter. Chloe can be a fierce and uncompromising action hero as well as a kind, caring friend. Linda Martin, Lucifer’s therapist, could have easily been pushed to the role of occasional comic relief, but instead, the writers allowed Linda’s intricacies and thought patterns to permeate Lucifer’s own actions. And Mazikeen, Lucifer’s demonic servant, is also allowed change, self-discovery, and a shift from the position of servitude to one of equality, respect and self-assurance, while learning kindness and friendship commonly unknown to demons. The women of Lucifer are allowed to grow, make mistakes, and make amends. 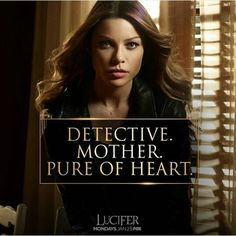 3. Well-written relationships: Another point that speaks in favor of the show is that it gives the characters room to develop new or even pre-existing relationships at a believable pace. Lucifer finds a way to work with and befriend not only Chloe, but also a preacher; Chloe and her husband are trying to save their failing marriage; Lucifer’s brother, an angel, learns about human life through his rocky relationship with a demon. And Lucifer’s former servant, his therapist and his detective partner have a girls’ night out and become tentative friends. In Lucifer there are no rushed romances, no easy ways out and no forgetting the personalities and lives of the characters. The complexity is not limited to the humans of the show, or even to the humans and supernatural beings residing on Earth – one of the most poignant relationships is undoubtedly the devil’s warped relationship with his father. And possibly, also Lucifer’s slowly changing relationship with himself. 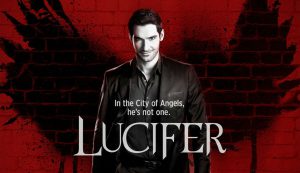 4. Music: The soundtrack contributes greatly towards the overall atmosphere of the show, and is filled mostly with classics, e.g. The Rolling Stones, INXS, Tom Jones, or David Bowie. However, the true highlights are Lucifer’s heartfelt piano renditions of songs such as Metallica’s «Unforgiven», Nina Simone’s «Sinnerman» or Jimi Hendrix’s «All Along the Watchtower», which allow some insight into Lucifer’s psyche without overt explanations or unnecessary speeches. 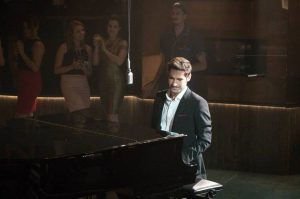 5. Comic-book basis: Lucifer is based on an idea explored in Neil Gaiman’s successful 1990s comic book The Sandman, and in the 2000s spin-off series, also titled Lucifer. In it, the devil gets bored of ruling Hell and of the various misconceptions humans hold about him, and retires to Los Angeles, much like the protagonist of the television show. However, the similarities mostly end in the basic premise: no knowledge of the two comic book series is necessary to fully enjoy the series. Nonetheless, with the exponential rise in the popularity of comic-based shows and movies, the fact that ‘Lucifer’ has roots firmly within the DC Comics’ universe may be enough incentive for some viewers.