The second television adaptation of Winston Graham’s Poldark novels (following the 1975-1977 series) has reached the third season and is announced to return for a fourth one in 2018. Debbie Horsfield’s version employs to the full the BBC period drama paraphernalia so as to build a most graphic setting for Graham’s romantic hero. This means combining the Cornish landscapes (in a very vivid and technologically enhanced interpretation of the Romantic canonical scenery of the hero among/facing the natural elements – sea, storms, wind etc.) with the typical BBC accuracy for historical details in order to achieve the feeling of authenticity when orchestrating a period production. 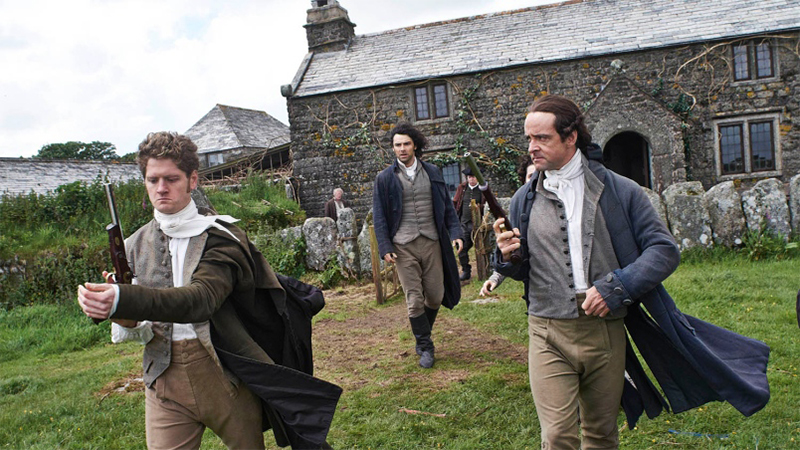 Poldark plays with the most traditional elements of Romanticism, in the latter’s very setting, the 18th century England: the Hero (not solely a protagonist but actually an author of past and future unselfish heroic deeds, acknowledged or depicted by the series) returns from war, after a long absence and many acts of bravery (of which he bears a mark on his face), only to discover more loss. His love interest had become engaged to Poldark’s own cousin, for obvious financial and social reasons, and his ancestors’ home is ruined. The wild (and harsh) natural landscape suits this ruin stereotype as well as the hero’s despair. Moreover, the antithesis convention places Ross Poldark in opposition to a rich yet cowardly opponent, whose only purpose seems to be to impoverish him further and counteract all the good deeds Ross is constantly up to for the benefit of the community. 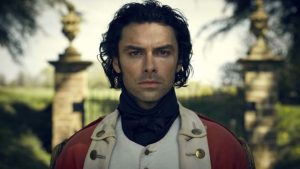 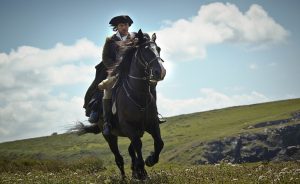 A particularly Romantic climax in Poldark’s adventures is that of his trial for murder and wrecking, despite his already predictable good intentions in helping the community. The hero is rewarded and therefore rescued from death but continues to fight poverty (on his or others’ behalf), catastrophes (again, personal or collective) and enmities, oscillating between his outlaw and respectable aristocrat personae. This ambivalence, together with a Hero/Anti-Hero projection is intentionally maintained and fuelled, coming at its peak with the controversial episode of Elizabeth’s seduction and later abandonment. 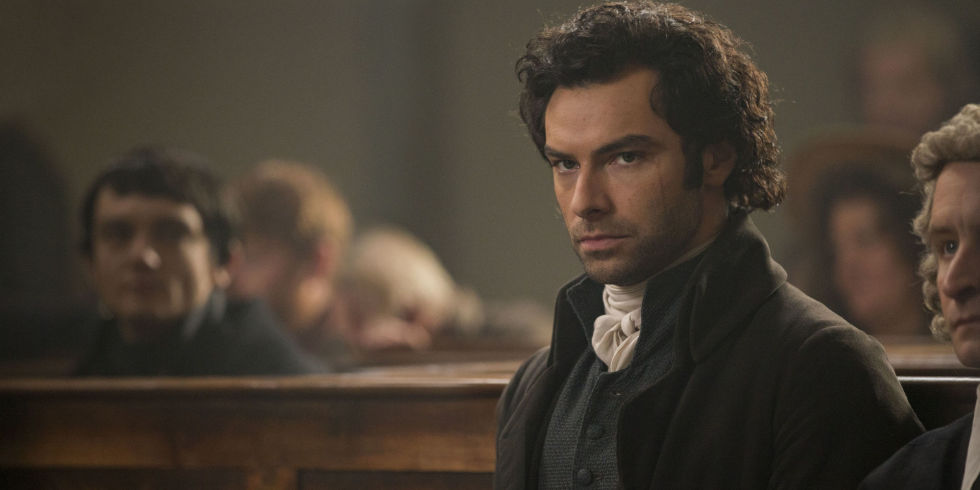 Although less ambivalent, Demelza’s character is nonetheless round (especially in season 3, when she reveals some unexpected angles) and involves an interesting double structure: her initial appearance resembles a Shakespearian disguise as she appears as a dirty waif, of ambiguous gender, to be saved by the Hero. The fairy-tale transformation into a Cinderella and, eventually, into a beautiful lady, is therefore perfectly complimentary to the Romantic Hero and his story. Happily, the character is not left there but given substance and depth, sometimes her actions going beyond the 18th century social conventions but suiting nonetheless the unconventional story framework. 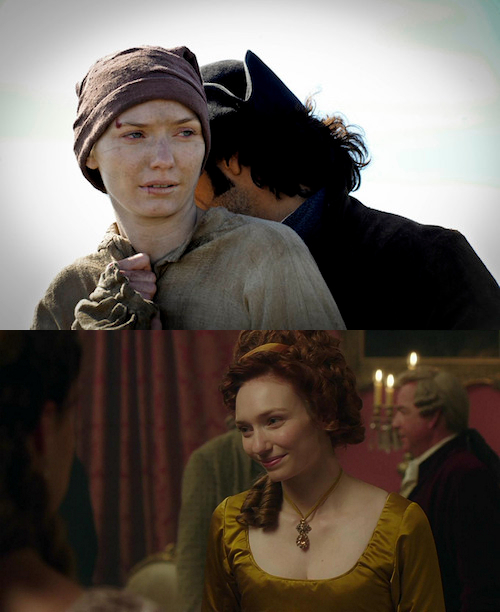 The antagonist is less unpredictable, the only shades he reveals beyond the untiring struggle to destroy Poldark appearing in season 3 when he faces the possibility of not being the father of the heir he is so proud of and, therefore, of the unfaithfulness of a wife he apparently loves. But despite the fierce Romantic antagonism, Warleggan appears to be a Dickensian character. Therefore, although essential to the plot, he seems to belong somehow to a different setting but he is nonetheless convincing and Jack Farthing’s acting is minutely accomplished. 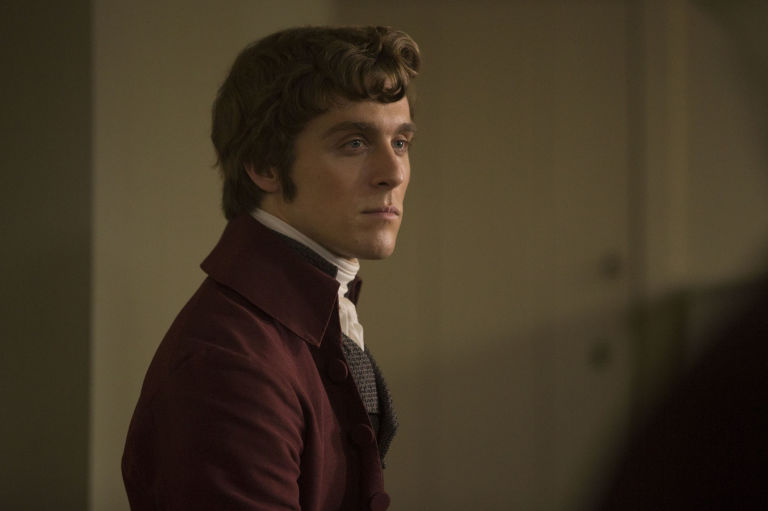 This brings us to one of the main reasons for the success of the series: despite the conventional plot structure or evolution of the characters within the framework of Romantic tradition, mannerism and even stereotypes, Poldark proves an accomplishment mainly due to the characters and professional casting. The most convincing acting and charisma of the leading actors (charisma enhanced, in the case of Aidan Turner, as part of the audience might see it, by the exposing scenes in the first two seasons) has been supported by the almost spotlessly accurate settings, props and makeup (BBC trademark, although recently there are some strong competitors in this respect). All these stand out, although the script is also well balanced and articulate, with interesting twists, especially in the first two seasons. The third season is perhaps less so but, considering Graham’s novels, there is still much left to be expected from the following episodes, especially if the formula and casting are preserved. 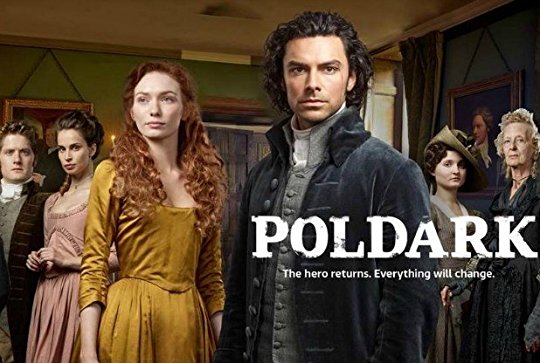