To employ the singular when referring to Queen Victoria seems inadequate, both if referring to her popular culture representations – embodied by a diverse range of actresses, some even with very little in common – and to the real historical figure herself.  Her public and private figure involved a plurality of identities, multiplied by the natural metamorphoses implied by a long life and reign. ITV’s recent TV series – that has premiered in 2016 and returned this year with a second season – seems to aim playing precisely with this identity plurality and evolution, at the core of which Victoria’s womanhood is placed.  From the opening credits, Victoria (played by Jenna Coleman) is individualised and depicted alone, in a rather empty setting and therefore isolated in a series of evolving hypostases, most of them emphasising her growth and changes at different ages as a woman rather than a monarch (a tiara appears later on but her royal paraphernalia is of less importance in this footage). 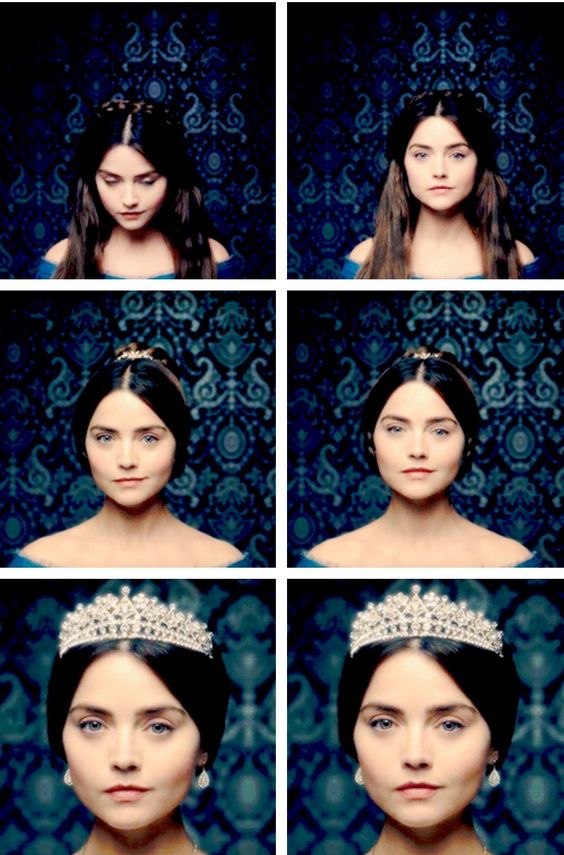 In fact, both seasons aired so far have focused on Victoria the girl and woman (in her awakening of womanhood to flirt and love, rather than on the hypostases of the wife and mother which probably later seasons will bring to the fore) and not so much on her state figure, although the two are inherently intertwined. This could be easily observed in the depiction of Victoria’s relationship with Lord Melbourne, her first Prime Minister, whom she calls Lord M. (and whom is magnificently played by no other than the charismatic Rufus Sewell) and with whom she develops a long-lasting personal connection. 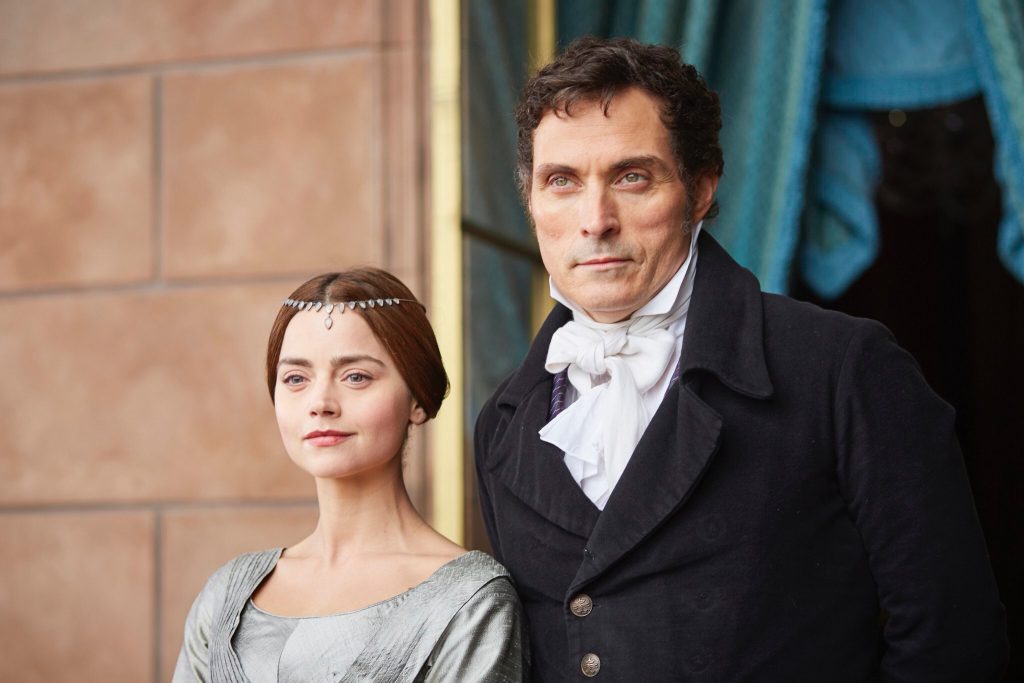 Her femininity evolves during the way, unwrapping in connection to him in hypostases that range from a daughter-like girlish disciple to a young and later a fulfilled woman. Aged and experienced, haunted by a tragically romantic past, Lord M. turns from a mentor and a favourite councillor and companion into a sad and, later on, terminally ill witness of the queen’s maturing process. 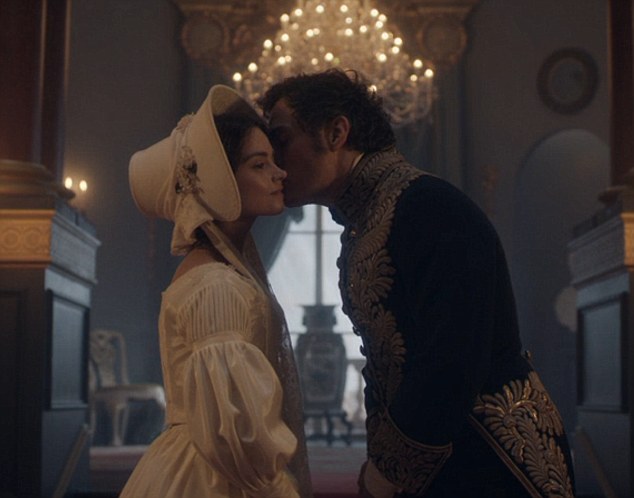 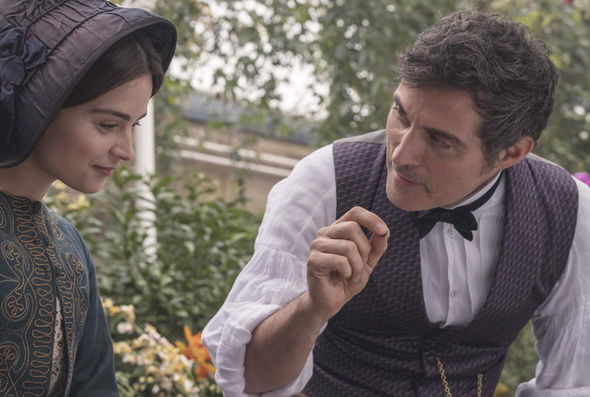 A very coveted trophy, for her royal status but also for her age and lack of experience (which suggested that her future consort had all the chances of exerting strong political influence and of which the ambitious Uncle Leopold is determined to make use), “young Victoria” chooses Albert, her cousin, a match that history has proven to have been “made in Heaven” as the real historical couple was famously compatible in both their royal duties and family life. 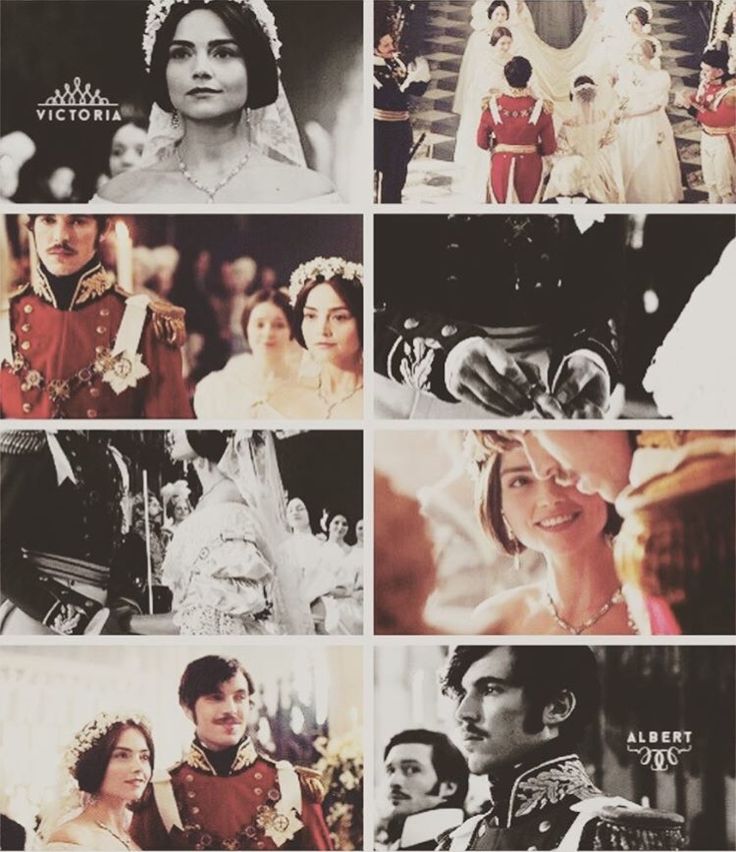 As stated above, the series focuses on Victoria – the woman and in doing so it discusses not only her unravelling femininity but also her fears and frailties. Thus, the script bravely emphasises her anxiety towards approaching motherhood (especially as this would have implied succession problems and as there had been some sad precedents, such as Princess Charlotte’s death in childbirth). It also discusses her post-partum depression and struggle to connect to the child. 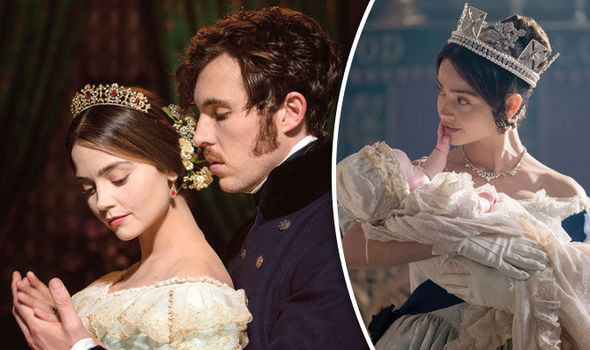 In relation to Albert, she is also constantly described as facing a most inevitable dilemma of which she speaks to Lord M.: that as monarch she had to command but as a wife she was expected to obey. We are talking, after all, precisely about the “Victorian age”, a period nurturing conventions as well as the most traditional gender and family roles. And Albert, as depicted by the series, has a strong personality and is more than keen to take over and get involved in ruling the household, making reforms and taking part in government, for as far as his official position allowed. 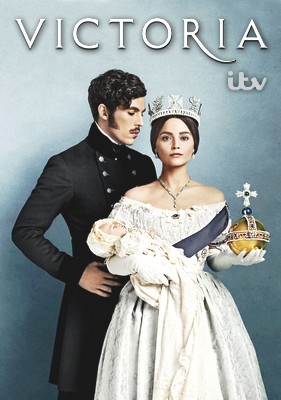 The second season, more predictable in terms of identity twists – as Victoria is already settled in her roles of wife and mother – brings out, however, new facets of the character in at least two interesting occasions. The first, the episode titled The Green-Eyed Monster, accounts an episode of unexpected jealousy. Surrounded by a court filled with ladies in waiting, married or not (among whom the beautiful Harriet, Duchess of Sutherland, the rather tragic love interest of Albert’s brother), the Prince Consort seems to be immune to their charms and even concerned with his and others’ impeccable morality. However, Victoria feels the proximity of the “Green-Eyed Monster” when Ada Lovelace, the famous mathematician, becomes Albert’s object of interest (quite innocently and intellectually, as it is eventually proven).

Similarly to Elizabeth in The Crown, Victoria feels in this context the limits of her royal education, especially when surrounded by the best minds in the country. In this case, Lovelace being a brilliant mind and a woman, the queen feels doubly challenged. Eventually, Lord M. reassures Victoria both of her own charms – through their already known chemistry and understanding – and of Lovelace’s harmlessness, as she is more an intellectual “than a siren”. 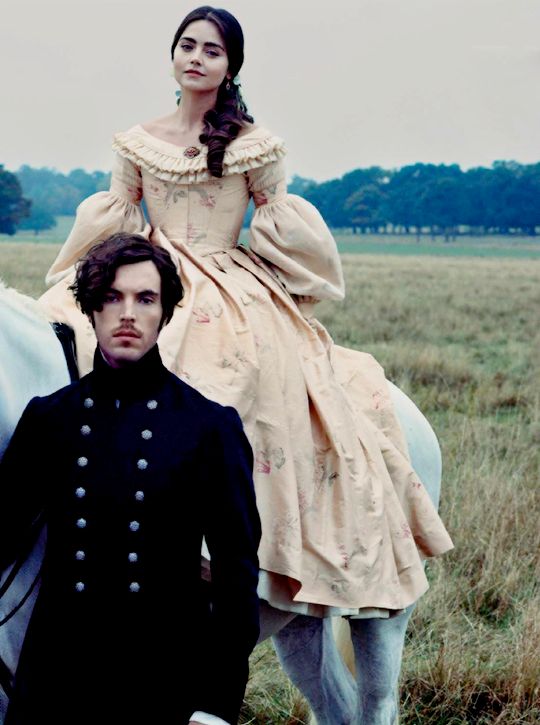 The second episode that stands out is set in Scotland. The Queen and Prince Albert decide to ride separately from the suite and get lost in the Highlands, getting some improvised accommodation in the house of some peasants. The incognito couple rediscover themselves as a sort of Adam and Eve on Scottish background and enjoy the escapade so much that they try to re-enact it later on at the castle, in a rather implausible setting which mingles royal attire with sock darning and fireplace cooking. Without major historical events or plot twists, the second series proved a rather predictable yet well constructed sequel and is to be followed by a 2017 Christmas Special episode, in the centre of which a young and still playful Victoria will most likely polish her wife and mother personae in a winter setting, as the trailer announce.