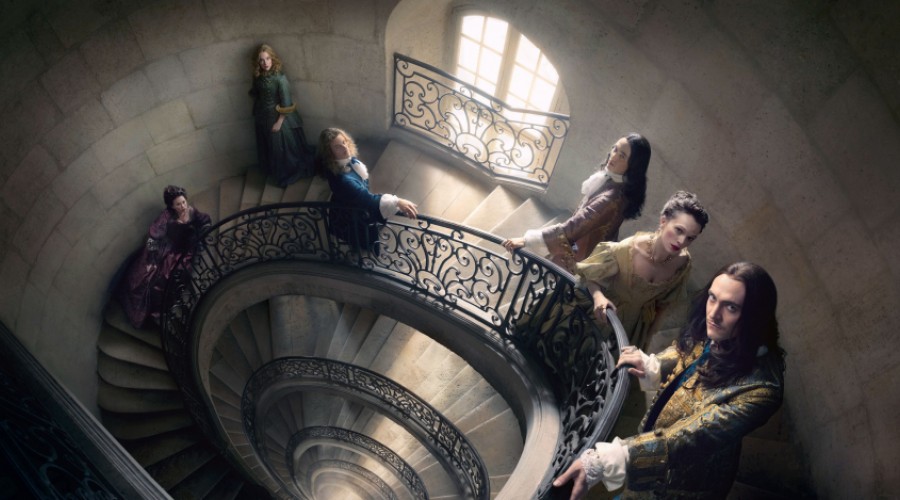 Daring enough to approach in English one of the key stories of French history – and initially bearing some resemblance to Sophia Coppola’s Marie Antoinette – Versailles possesses all the ingredients for a captivating period drama. Explicitly and implicitly combining historical facts with fictional characters and plots and numerous poetic licences, the TV series (broadcast in three seasons between 2015-2018) combines the expected complicated costumes and setting with a great cast and several complicated plots. In a way, the viewer’s expectations for an extravagant protagonist and the lavish setting of Versailles (taking into account the huge notoriety of both) are contradicted or, better said, diverted towards unexpected focus points. It seems to have been one of the intentions of the creators to focus less on the historical accuracy and more on consistent and appealing narratives. 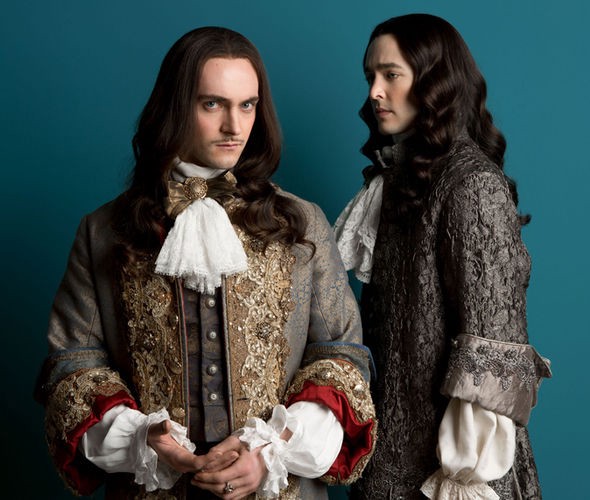 Although central, the character of Louis XIV does not receive exclusive attention and somehow the expected larger-than-life character is rendered more humane and vulnerable. One of the reasons for this is the emphasis on the two royal brothers, the King and the Duke of Orléans, the latter’s character being by no means secondary but given a strong protagonism within the story. Thus, from the complicated sexuality and gender identity (based, as both the story and history reveal, on being encouraged from childhood to develop as more feminine so as not to challenge his brother’s authority) to his strong relationship with Louis, Philippe develops as a complex and multi-layered character. Alexander Vlahos has a great contribution in this, revealing charisma and depth. Perhaps his age, the same as in the King’s case, at some point loses verisimilitude, as they appear to remain in possession of eternal youth despite years passing by and having grown up children but this is just one of the poetic licences of the series. 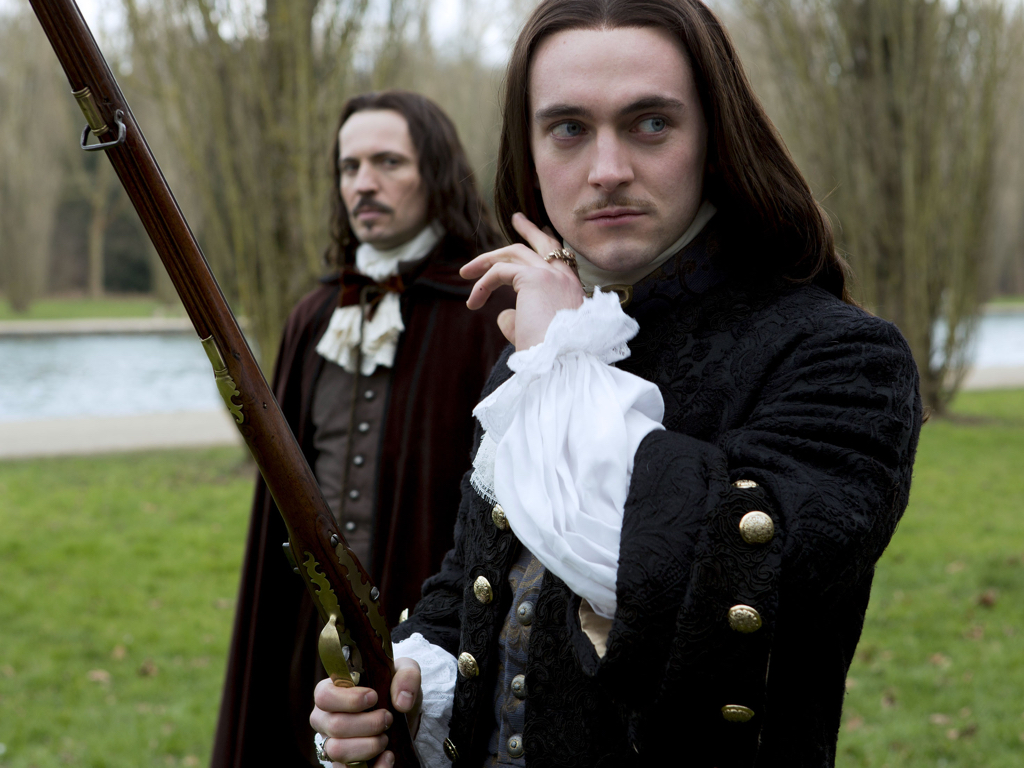 Although predictable as part of the palace intrigues and more so if one considers some actual historical events of the time such as the Affair of the Poisons (l’affaire des poisons), the conspiracies and detective narrative are still a great bonus of the TV series, being largely developed in several subplots during the three seasons. They are skillfully alternated, shifting the focus from the king to the queen or other members of the court in murder attempts (some of which successful), espionage, betrayals and mysteries (among them, the famous one of the Man in the Iron Mask, interestingly solved in the story). The atmosphere generated is that of ubiquitous suspicion and permanently renewed conspiracies, some of them unwrapping in an intentionally surprising way or with unexpected denouements. 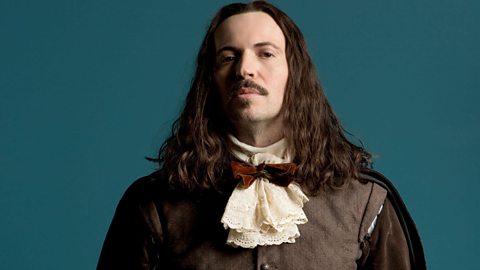 The key figure in all of these is the character of Fabien Marchal (the king’s head of police/security), one of the fictional additions to the historical gallery. He manages to project a very interesting mixture of charisma and violence, always justified by his role on the “right side”, defending the king. However, this justification seems to fade in time and Marchal ends up by questioning his purposes and challenging the king’s actions, abruptly changing sides. His fate is left unsolved, as one of the few unsolved narrative threads. The same Marchal is the protagonist of a couple of romantic episodes, alternating between true love and espionage, revealing more angles in a character that is, nonetheless, depicted most of the time as engaged in enemy chase, torture and other violent actions. It is therefore and achievement of the creators that such a character is built as a complex hero/anti-hero, proving, as mentioned above, even more conscience than the protagonist himself. 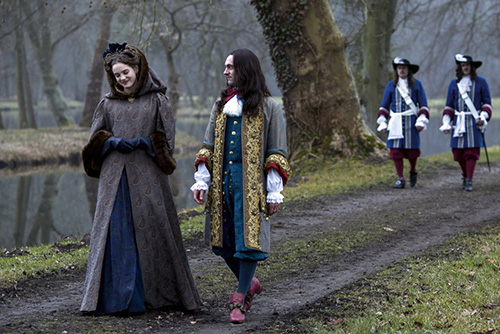 The romantic plots are, of course, essential to the story, mostly because of the kings’ multiple and complicated affairs. However, the series emphasises the emotional engagement (despite the numerous explicit sensual scenes), depicting the king as actually involved in the problematic romances such as with his sister-in-law, Henrietta of England, or with Marquise de Maintenon, whom he eventually marries against all political reasons. Still, Madame de Montespan occupies, predictably enough, a more central part in the series and her dark affairs and intrigues (culminating with murders and Black Mass performances) turn gradually her character into that of an antagonist. Another very interesting romantic plots is that between Philippe and the Chevalier de Lorraine, which at some point turns into a (surprisingly stable) love triangle when the Duke marries for the second time. The story between the two follows different stages, from a troubled youth romance to a mature partnership, including, as mentioned above, Lieselotte, the Princess Palatine Elisabeth Charlotte. 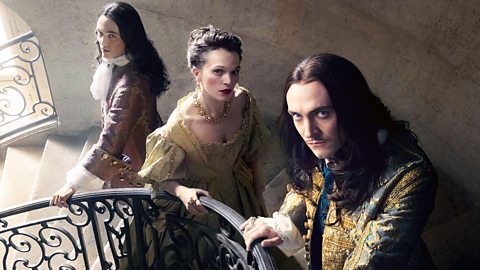 Of course, when talking about Versailles as one of the most iconic places in the world, the setting and costumes have to be one of the attractions of the series. However, it is less so than expected, especially in the case of Louis, who is in very few occasions depicted in extravagant Sun King costumes or staging theatrical performances. Instead, he is most of the time depicted as troubled, sometimes with deep reflections on his role and purpose and some other times losing contact with reality in his power bubble but nevertheless more humane and vulnerable than expected. The castle starts as a project and its construction is part of the plot, so the viewer is not exposed suddenly to grandeur but rather sees it flourishing. On the other hand, the salons are alternated with dark hidden passages and dungeons, so the atmosphere created is never that of a museum but of an actual setting for human dramas. 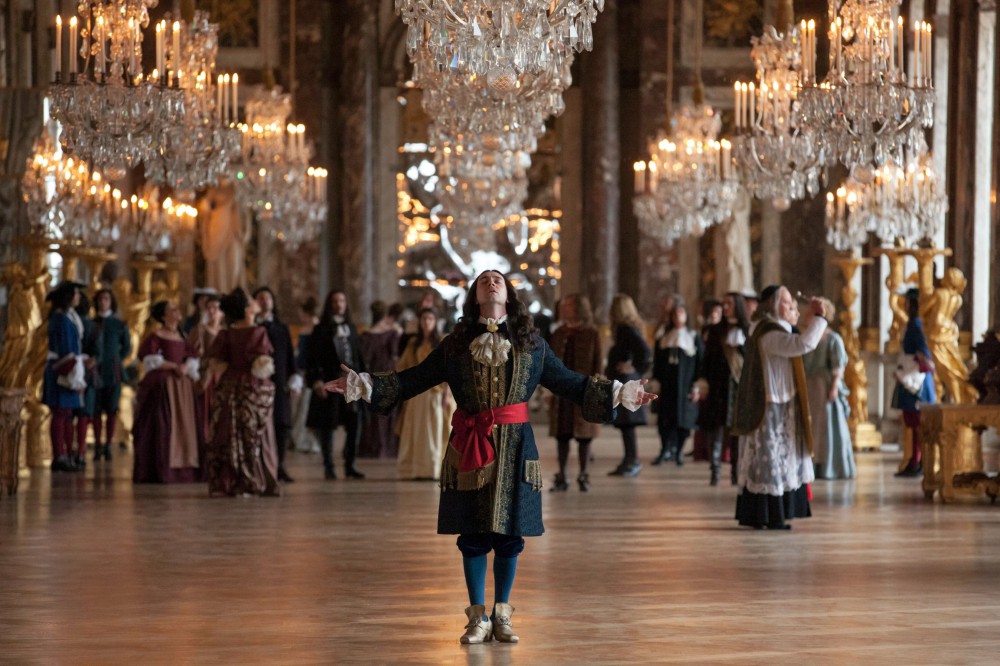 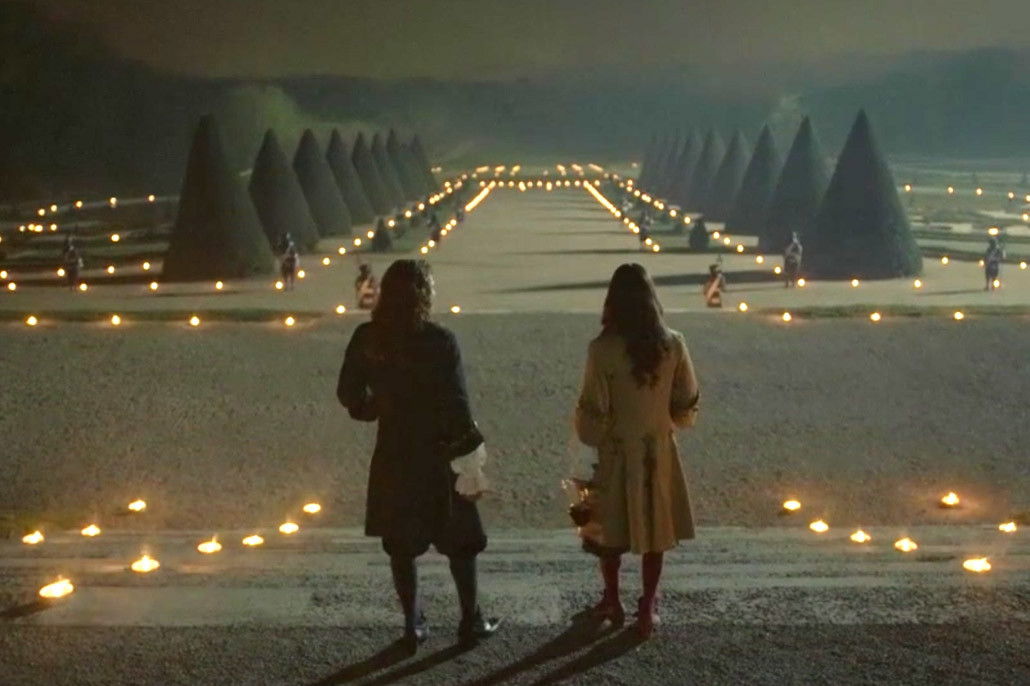 The series accomplishes many of its multiple intentions and is especially successful at the level of character impact, counting with an almost impeccable cast. Its ending in the third season is in a way unexpected and leaves the story not such much open as unfinished in a certain way, perhaps having told the essential but missing a few more episodes to complete the ambitious project. 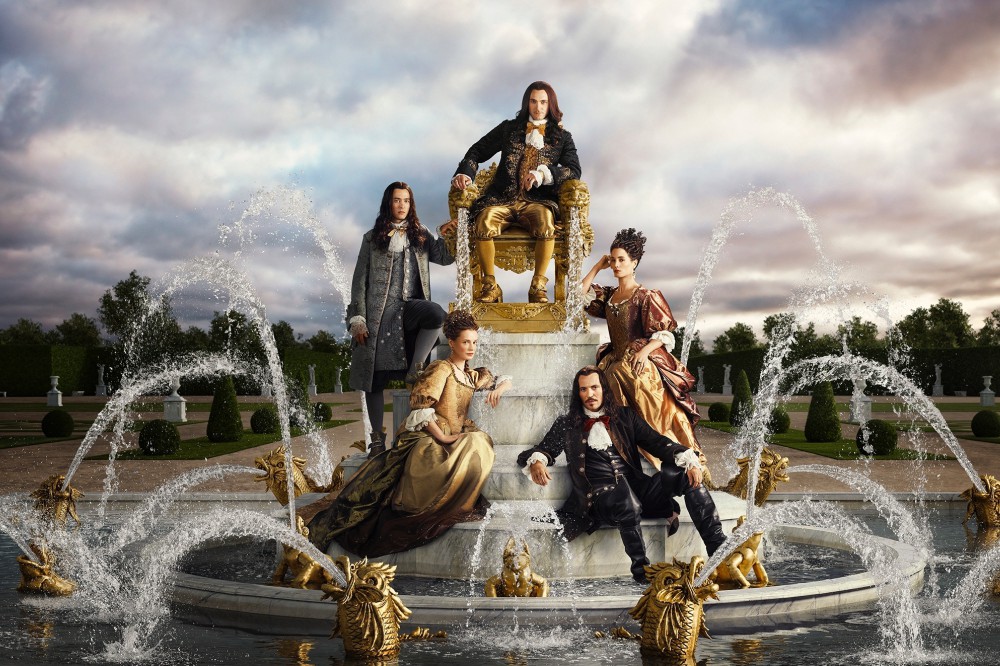