With the very famous 1992 precedent, starring Thompson and Hopkins in memorable parts, the 2017 adaptation of E. M. Forster’s novel cannot do otherwise but try a different approach, starting with its very genre and structure. A four-part TV series, directed by Hettie MacDonald, the new version seems to be focused precisely on change – of pace, of style, of the characters’ age, even of race (in the case of Jacky), not to mention the attempt to vary in the choice or length of scenes. Besides the inevitably common London setting, in this chase of alternatives perhaps the one who most reminds the viewer of the previous version is Matthew Macfadyen in his Hopkins-style acting. This choice – whether made by the director or by the actor – seems, paradoxically, to be unfortunate, as would be any other intention of copying a famous original, despite the quality of the acting itself. 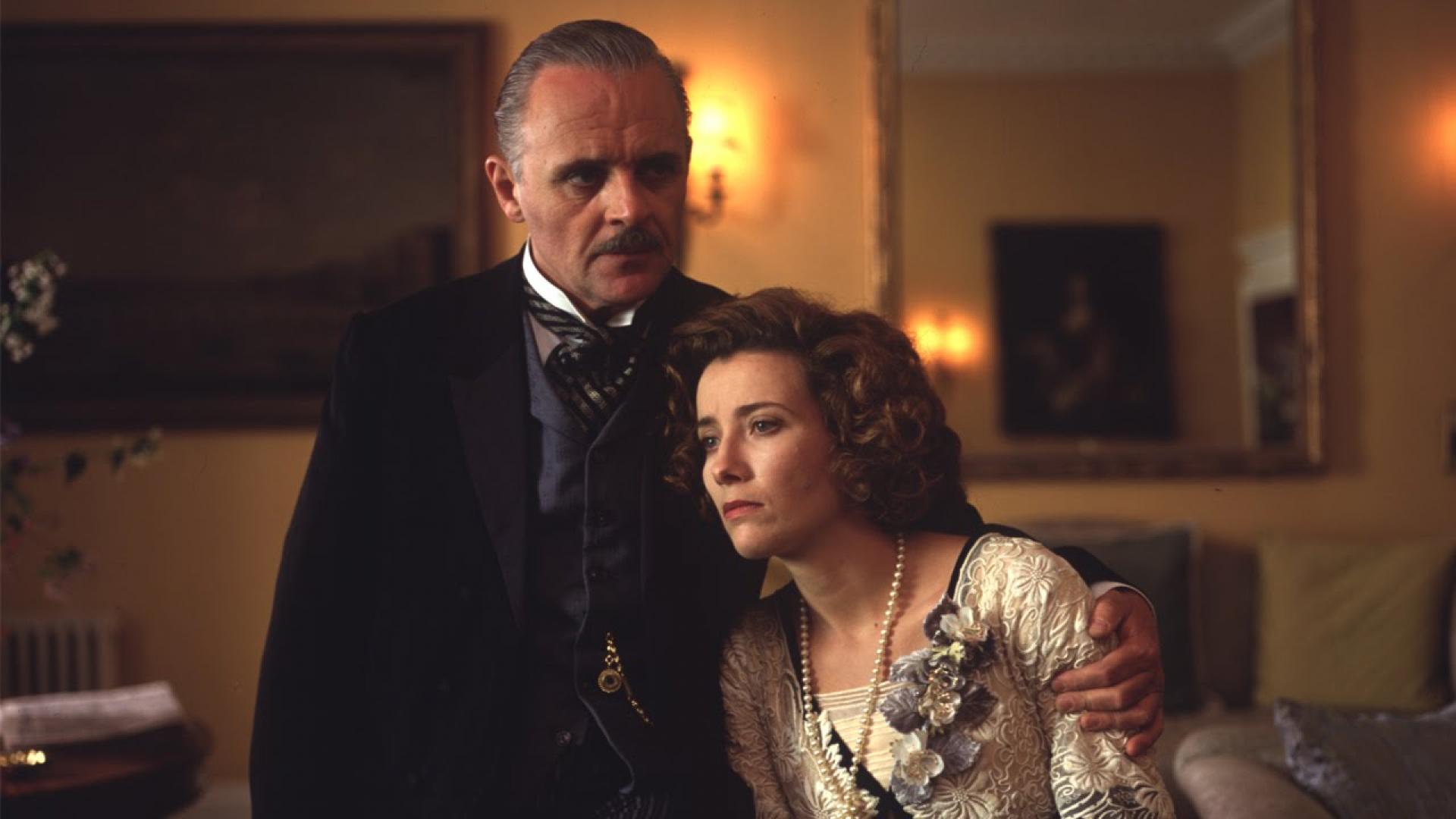 On the contrary, Hayley Atwell’s acting as Margaret Schlegel is freshly original without appearing to play a forced alternative. This is, perhaps, the greatest achievement of the series: create the setting for her round, natural and credible character, with a marked personality and yet filled with patience, tact and adaptability. If Thompson achieved this result through appearing pondered and mature, Atwell manages to be plausible in both her youth and temperance. And the chemistry between the two protagonists and Macfadyen’s acting towards his partner add freshness and romanticism to his acting, which, as mentioned above, is too faithful to Hopkins’ model. 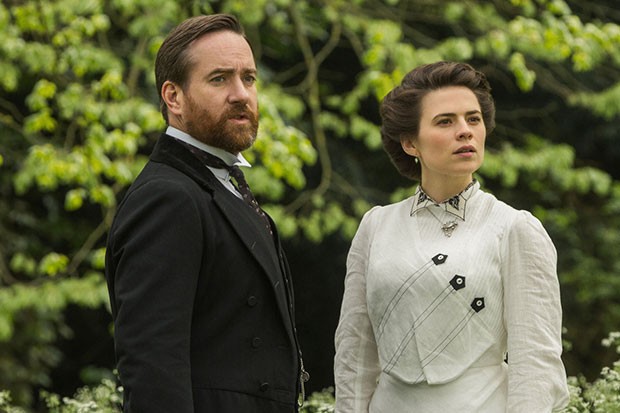 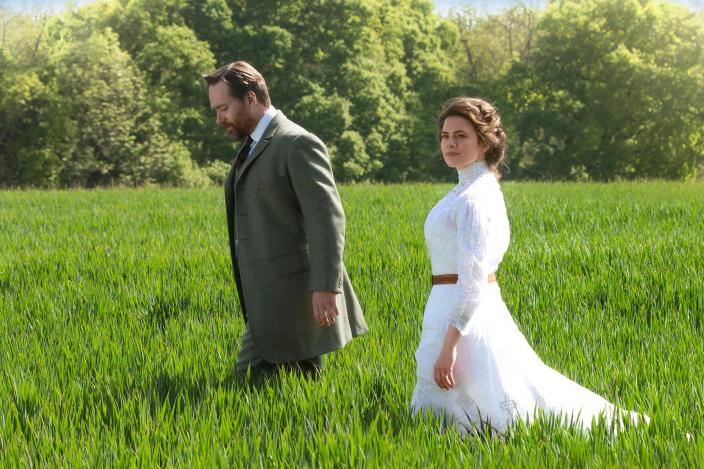 This touch of romance also contributes to the achievements of the series, partly through the age of the two characters, as the classic previous version balanced the mature and somehow conventional match with the reckless affair of the young pair. Speaking of which, Helen’s character is intentionally projected in a different light: almost a teenager, immature but well-behaved. However, the above mentioned recklessness (emphasised twice in the novel and adaptations, first through her failed attempt to engage to Paul Wilcox and then through the brief affair with Leonard Bast, which has complicated consequences) is implausible as the character is too mild and, as already mentioned, well-behaved, for an otherwise rebellious character. 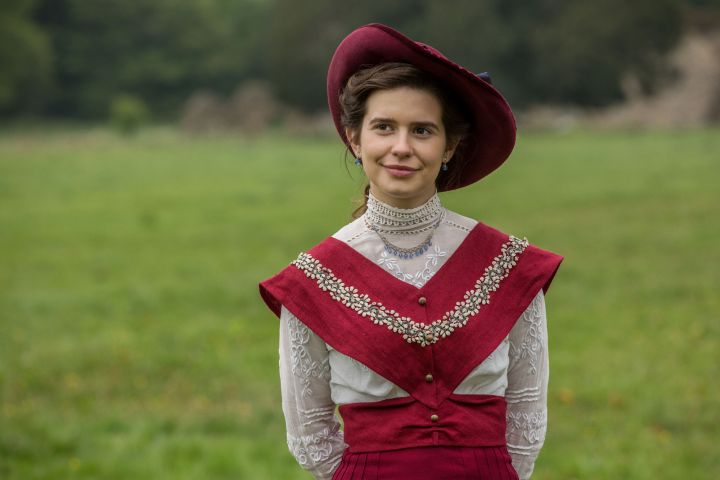 The passionate temperament, so well illustrated in Bonham-Carter’s masterpiece acting and so well suited by her physical appearance – enhanced, in the film, by the hairdressing and clothing – is difficult to be encountered in the series, whose pace is, anyway, much slower anyway. And the lack of the actual explicit romantic scene between the two extremely reluctant and well-bred characters does not make the affair more credible on screen. 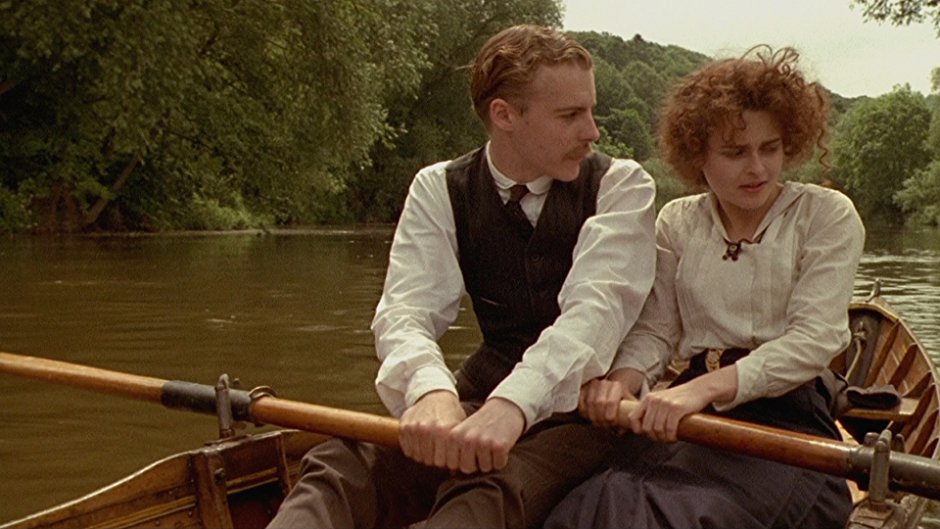 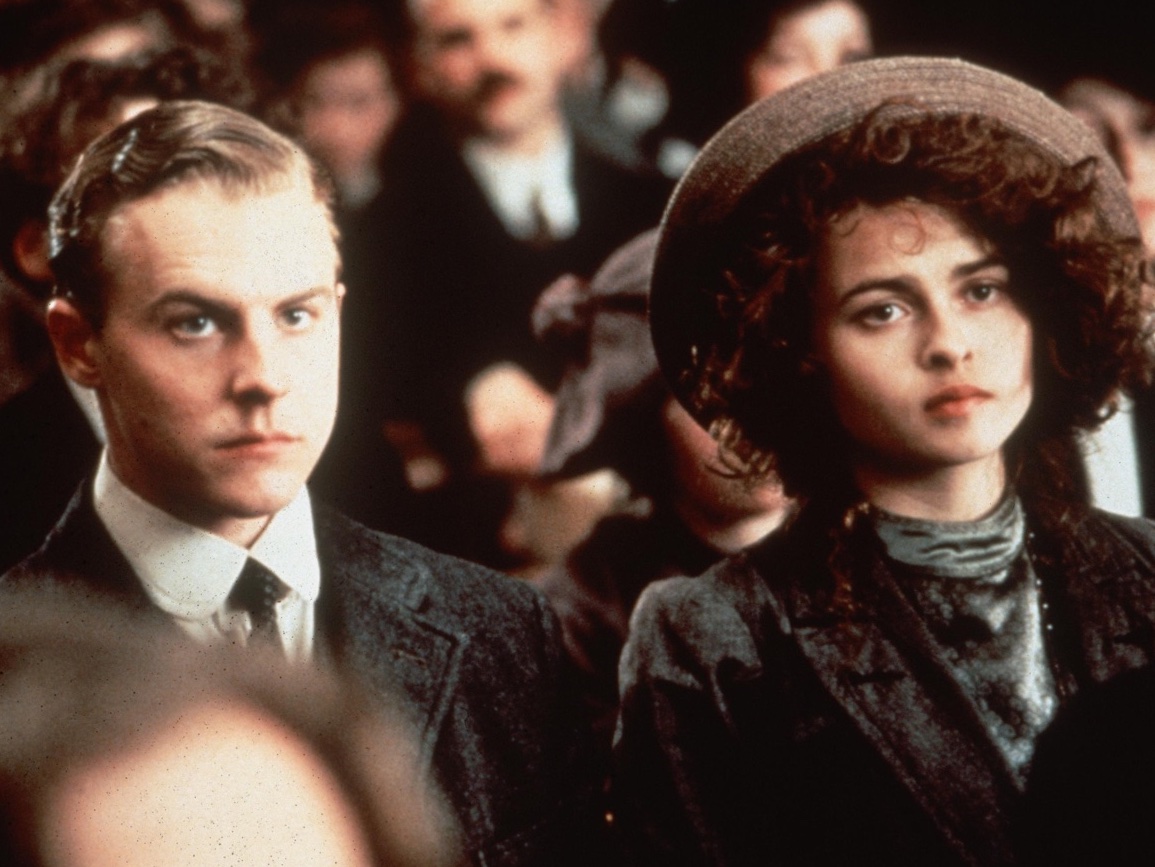 Another forced change, in a visible attempt to go in a different direction than the famous precedent, is Jacky’s character, played by a more mature, coloured actress. Her character, despite being impeccably played, stands out as rather implausible. Although the character is meant to be inadequate and contrast Bast’s lack of experience and ingenuity, this version, with the racial touch which adds to the implausibility, is slightly exaggerated in this intention to diverge and, also, not convincing enough when it comes to language, too polished for the character’s status. 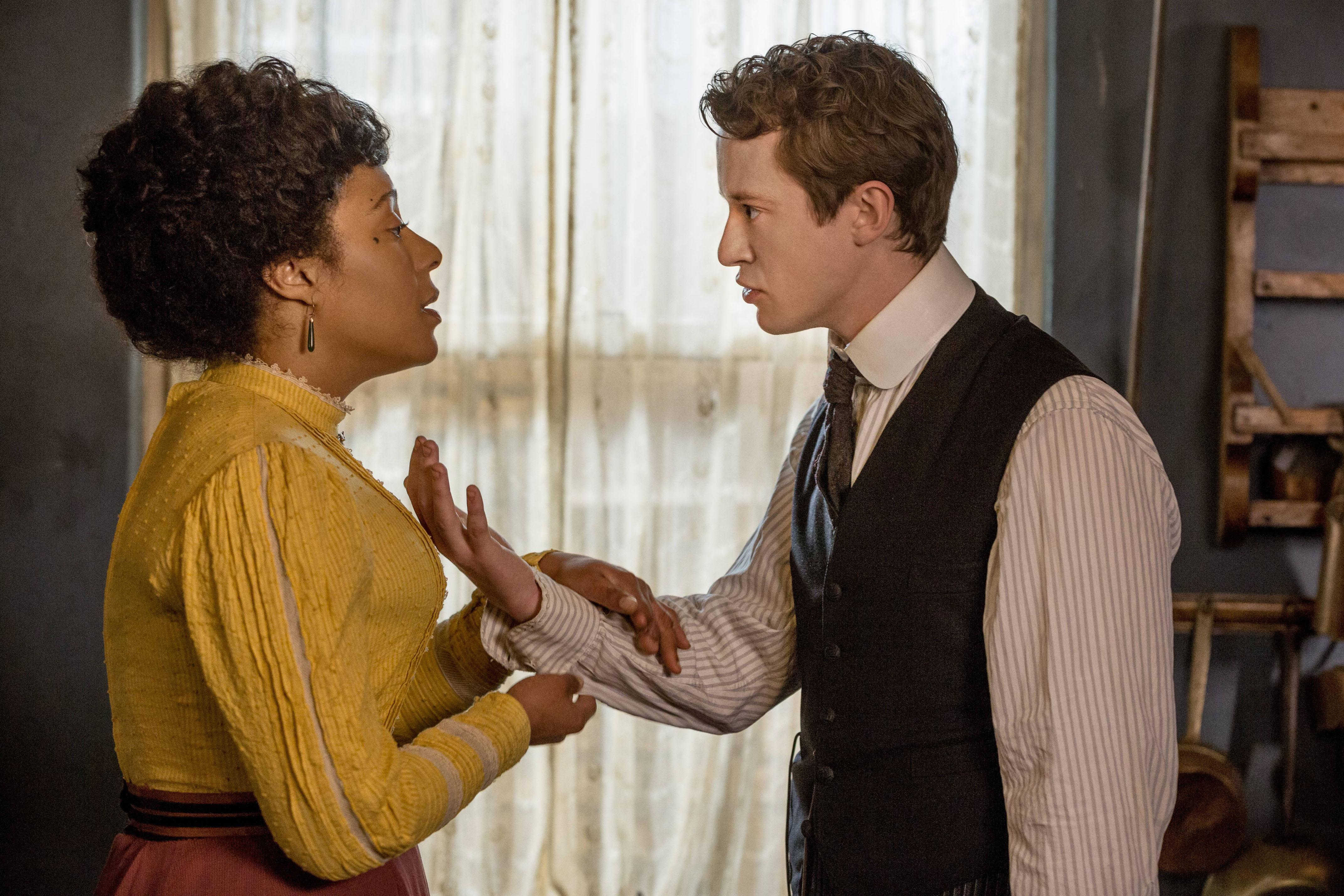 Finally, Julia Ormond’s version of Ruth Wilcox, although interesting and credibly distant in partly adopting the ethereal attitude magnificently played by Vanessa Redgrave, fails to convince as far as the genuine and warm attachment to Margaret, a key part of the plot.  All in all, the series is agreeable and conducted professionally on all fronts but with the exception of Atwell’s outstanding performance, the inevitable comparison with the illustrious precedent cannot favour it and perhaps can be enjoyed only if accepting its conventions and leaving aside both the novel and the classic Hopkins and Thompson adaptation. 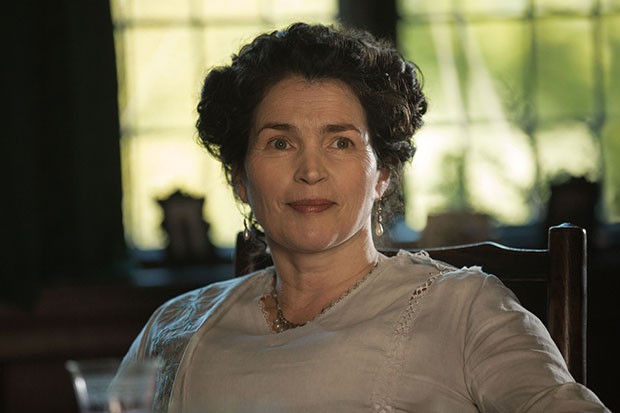 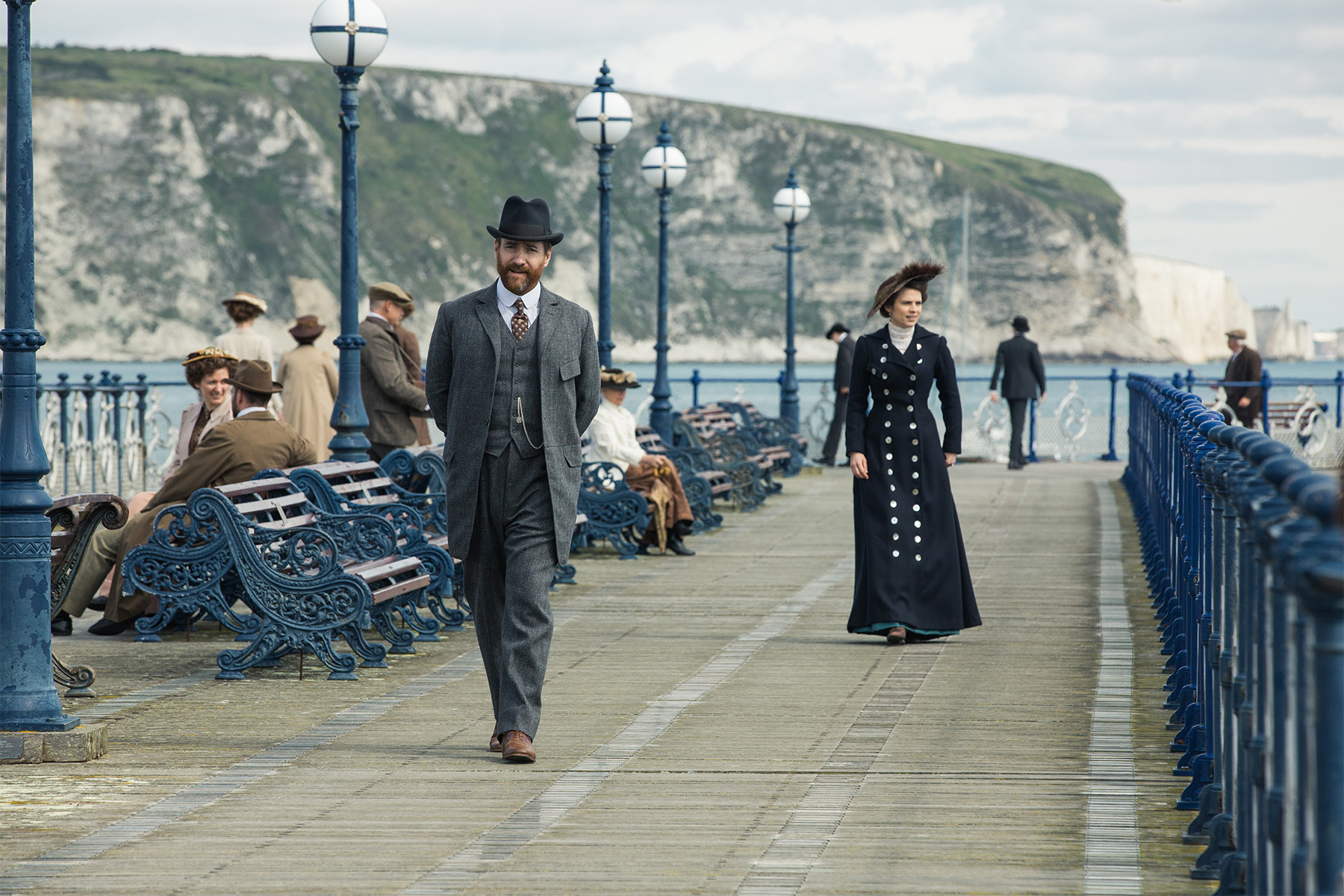